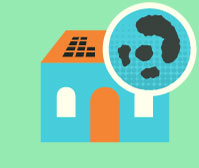 Black mold, also called toxic black mold, is the more familiar name of a type of mold called Stachybotrys Chartarum. There are several other molds that have a remarkably similar appearance to this type of mold, and they all have some other characteristics in common, including the fact that in and of themselves they are not toxic. Instead, it is the mycotoxins that are present in the spores that cause a multitude of health problems ranging from brain fog all the way to coma or even death. The CDC suggests that for safety purposes, all molds should be treated as toxic and handled in the same way. That is to find the source, eliminate it, and then prevent it from returning in the safest, fastest, and most effective way possible.

Mycotoxins are the toxic chemical products of mold. It’s possible to have several different types of mycotoxins growing within one colony of mold at the same time. The most common household mold types typically produce the following mycotoxins:

The problem with mycotoxins is that you cannot always test for them effectively. It’s hard to identify them as a problem, unless you have first detected mold. In some cases, even after bleaching or trying other methods of removal, they can remain in the home.

Mycotoxins are all around us. Not only are they in mold spores in our home, but also in the air we breathe and in the soil our foods grow in. For some people, the mycotoxins have to be in fairly substantial numbers to cause a problem, but for others, only a small amount can cause serious systemic damage. Every system in the body can be affected by these mycotoxins. 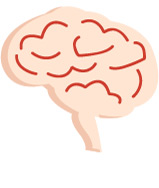 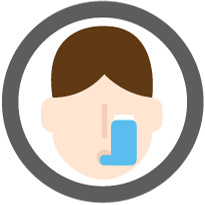 This includes your lungs and the pathways to your lungs. Here are some symptoms you can experience in your respiratory system if exposed to mold: 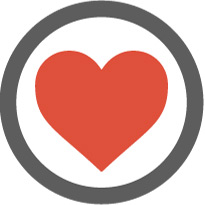 Some of the possible vision issues include: 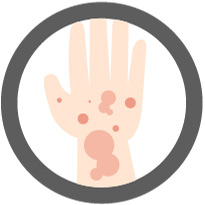 The skin is the largest organ of the body. It is supposed to protect us from damage from things like mycotoxins; however, there are times when these organisms can attack our skin instead. Here’s what they can do to your skin:

Other Problems Caused by Mycotoxins in Black Mold

There are a number of other problems that can be caused by mycotoxins that are often overlooked. Because these problems can be symptomatic of other conditions, black mold is often missed and it may take finding the mold itself before a connection is made.

It is important that the mold be found and then removed promptly. Calling in a professional to handle the cleanup and removal is the safest route. The best mycotoxin removal methods are also not available to the average person. Once this has been done the next step is to prevent the mold from coming back. However, here are some helpful steps people can take to minimize the risk of mold accumulating in your home: